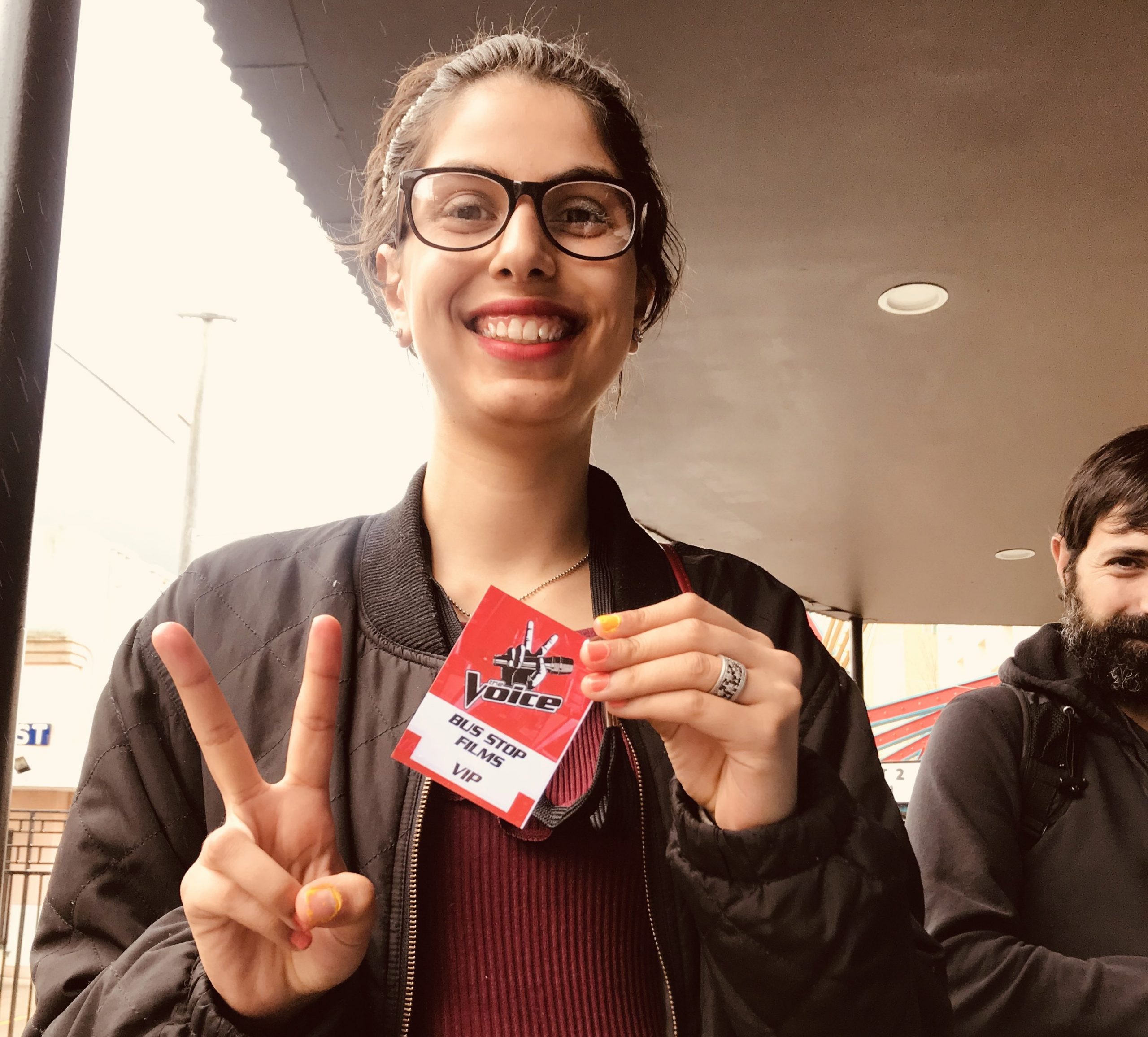 At Bus Stop Films we pride ourselves on creating an enjoyable and educational film studies programs, which connects our students with industry mentors. To achieve this we’re lucky enough to partner with some incredible companies who facilitate educational excursions for our students. This year our classes were lucky enough to go on an excursion to the Australian Cinematographers Society (ACS) and The Voice Australia!! Check out what some of our BSF students, including those from our Western Sydney program delivered through I.C.E., had to say!!

Excursion to The Voice Australia!
By Teo Tissue

So, I saw The Voice Australia! For the first time, ever! I have never seen the show and it was very interesting. There were these two ladies that told us the history about The Voice Australia! And they were so kind! They also were shocked that I didn’t watch it. Because everyone else here did. But I was the only one asking questions and they were funny cause it was the obvious questions that I should have known! I saw the Rehearsal room, interview room, and the MAIN STAGE!!!! but sadly no Delta! I also saw the audio guys and they were so nice! What I learnt was that I need to know more about Australian TV shows, cause clearly, I’m too American! And also, I learnt that they don’t film live! What I liked the best, well, being the VIP, and I loved seeing everything made! And what surprised me is actually I just watched the show on TV for the first and it was interesting. Australia, you did pretty good! Well done!
From Teo Tissue

What do you think was different about the old cameras to the cameras we have now?
Daniel: The old cameras gave me this vibe like I was Walt Disney back in those days. They were strong and big and heavy. A lot of our cameras today are very small and can do a lot more. They have a lot more functions.
Shay: The old cameras used film, and new cameras are just digital.

What are some of the skills you have been learning in class about cameras and camera work?
Shay: We’ve been learning about shot sizes and framing. And camera angles too!
Daniel: I’ve gotten a lot more confident since the beginning of this course, you can really tell the difference.
Shay: We’ve made a few videos on our own using a camera and a tripod.

We spoke about lots of movies, what is your favourite movie?
Daniel: My favourite movies so far would have to be Men In Black 3 or Aladdin (2019). Both of those two movies were amazing.
Shay: I would probably say Bohemian Rhapsody because it had good songs from Queen.

Anything else you would like to add?
Daniel: The excursion was actually pretty good. The swag that I got was a t-shirt and a hat, and the hat I REALLY needed that day because it was hot and I didn’t have one.