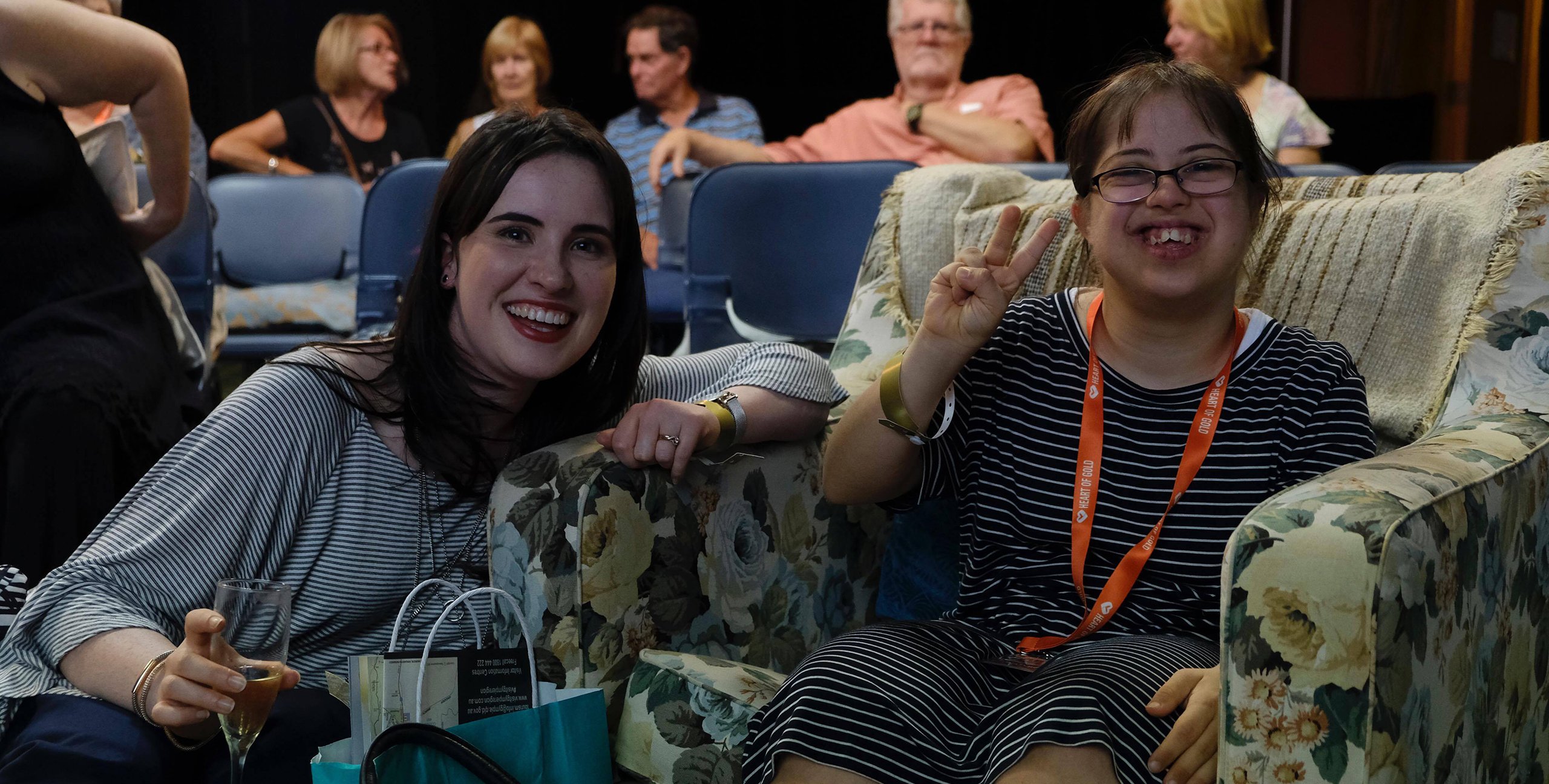 In 2015 Bus Stop Films set out to produce it’s largest project to date… Kill Off! The film gave 12 students living with an intellectual disability the opportunity to learn about filmmaking through weekly workshops and mentorships with professional crew from the film industry. We even brought renowned actress, Jamie Brewer to Australia to work with the students and play the lead role of Sonja! Topics such as Production Design, Writing, Directing, Casting and Acting were all covered leading up to a fully fledged production weekend in Unanderra. The film continues on in its success at festivals all over the world. Importantly, the film has had a lasting impact on all involved.

Jahmia is one of the students who participated in the film workshops and the making of ‘Kill Off’.  For Jahmia, while filming Kill Off finished in 2015, the journey continues. Last month, Bus Stop Films supported Jahmia to attend the Gympie Heart of Gold Film Festival. Where Kill Off was screening in competition and was nominated for the Gympie Gold award!

Jahmia shares her thoughts and photos in a short diary of the Gympie Heart of Gold festival experience.

Me & Gen ready to watch some great films

The Gympie Heart of God Film Festival was really good. It was my first short film festival and I loved it!

One of the highlights of the festival was seeing Kill Off on the big screen with everyone watching. It made me really happy and I felt special to see the people watching a movie I helped make. The audience gave the movie a huge applause. They absolutely loved it.

I loved the fact that I was one of the film makers at the festival. People were so surprised when they found out I was a film maker too. Although they were shocked, they were happy for me as well. I felt proud that I could say I was a First Assistant Director on the film.

Awards night. Me and Gen are in pink! Can you see us?

Kill Off was nominated for an award. I felt sad when it didn’t win, but to be in the top four movies was really cool.

My favourite short films, apart from Kill Off, were ‘Sing’, ‘The Eleven O’Clock’, ‘Melon Grab’ and ‘Rock N Rollers’. My favourite documentary was ‘Taking Back the Waves’.

My favourite memory was hanging out with Genevieve and Henry and just being a part of it all. The people in Gympie were really nice.

I want to be in the movie industry as a job. Making “Kill Off” has taught me that I can be a part of making more movies and I can dream big dreams for my life.

Me, my mum and Gen. Ready for an after party!?

Bus Stop Films is grateful to the community in Gympie for their warm welcome. Especially thankful to the Heart of Gold Film Festival for their ongoing work in sharing important films with such passion. We look forward to many more students being able to participate in the world of film-making and sharing their work with festival audiences. Jahmia Moussa is one of many students who has been able to reap the rewards of participating in Bus Stop Films programs as well as being able to share her work with peers around the world! In this blog Jahmia talks about her experience of travelling to and participating in the Gympie Heart of Gold Film Festival!