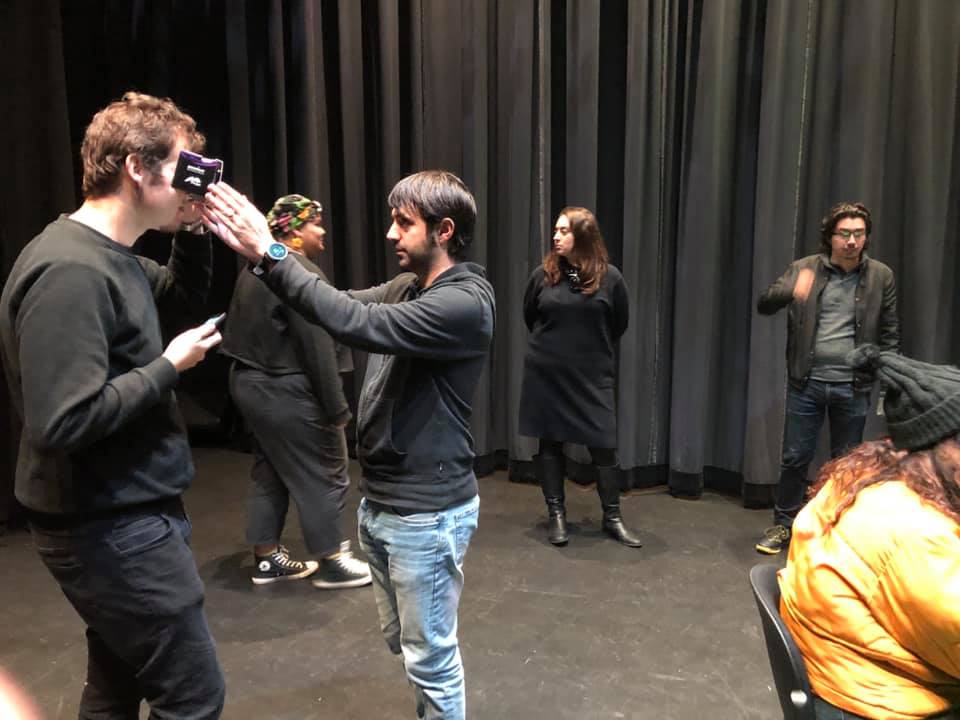 At Bus Stop Films our programs are taught by passionate filmmakers and industry experts to give our students a holistic filmmaking learning experience. When our tutors are not working with our amazing students they are out changing the world as incredible creatives. We wanted to shine a light on the work our tutors are up to by interviewing them individually about their life outside of BSF. Check out what Elias had to say!

What inspired you to become a BSF tutor?
I’ve worked in the arts and disability sector for many years but Bus Stop is the only place offering this level of ongoing film school classes, high-end production experience, and paid attachment opportunities. Being able to take students on a long and in-depth journey into cinema is very much a privilege I’ve rarely had in years of teaching film and digital literacy.

What has been your favourite experience working with BSF?
Working with committed and enthusiastic young people with great creative ideas. We’re in the middle of pre-production on our first film, a VR film, and it is a WILD ride.

How long have you been a tutor with BSF?
This is my first year as a BSF tutor.

Can you describe your career in the film industry?
I’ve worked in the community arts sector for too many years to count at this point. A lot of that has been about helping under-represented communities tell their stories through digital mediums, predominantly film. A large bulk of that work was done with CuriousWorks as a filmmaker/project facilitator/community director, and I still regularly collaborate with them.

Despite having recently edited a feature film (Laka, 2018) I’ve found myself drifting from traditional film and favouring more experimental forms of storytelling, including multi-screen works, mixed media theatre, videogames, and mixed reality experiences. I’ve been collaborating with CuriousWorks and Studio A in these spaces, as well as spearheading BSF’s first-ever VR film this year!

What do you do when you’re not working at Bus Stop Films?
I lead the CuriousWorks Makers Space program, do a bit of freelancing and consulting, and hang out with my best mate – a one-year-old who bosses me around but laughs at all my jokes.

Elias on set of a film project with CuriousWorks Makers Space group.

Are you working currently on any exciting film projects outside of Bus Stop?
No film projects in the pipeline right now, but a number of exciting mixed media, interactive and mixed reality works on the horizon. Stay tuned!

What is your favourite film?
No. You don’t get to ask this question. Let me try….

Many more but that’s how I’m feeling today ☺

What is your best piece of advice you would give to anyone who wants to make it in the film industry?
I keep deleting my responses to this. I’d rather not phrase it as advice, but can certainly share my own experience. I found that taking a variety of different opportunities early in my career helped me understand my own strengths & weaknesses and to develop my own creative leanings. I didn’t love every job I did (ranging from large scale TVC production assistant to live-event camera operator) but I learnt something from each one that I could incorporate in my future practice. This worked for me as someone who likes to operate across multiple disciplines and not necessarily specialise. I hope this is helpful for someone.