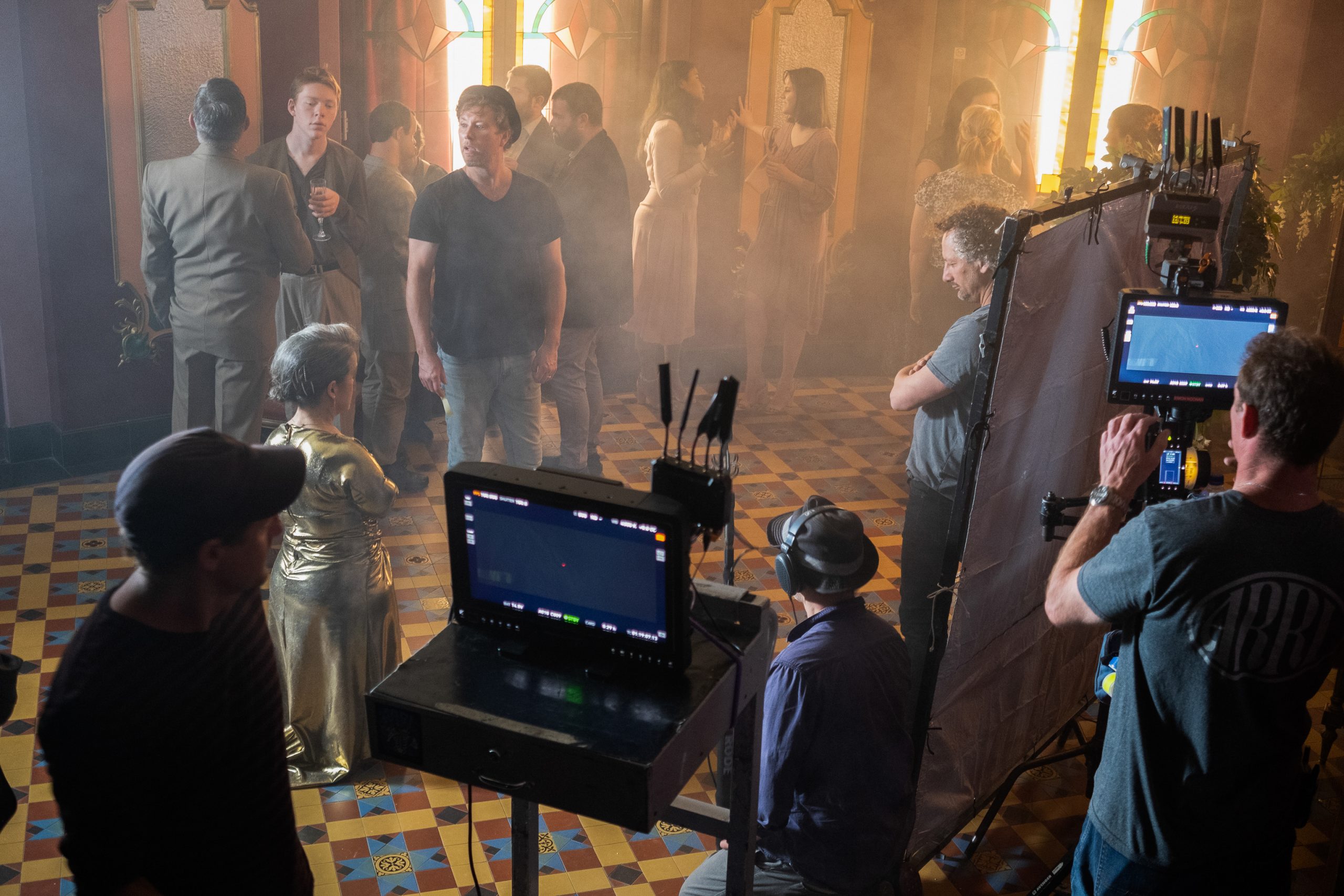 Michael and Shay on the set of Smashing

In Smashing, we are immersed into the headspace of what it takes for a person living with disability to walk down the street, let alone follow a career. Recently two of our students, Michael and Shay, were attachments on the set of artist, academic and psychologist Debra Keenahan’s production, which focusses on the personal and social impacts of disability, written from her lived experience.

Smashing is an audio-visual artwork that will be presented as a 5-screen installation at the Museum of Contemporary Art (MCA) and in regional galleries across NSW. It was funded by Accessible Arts, Create NSW and Australia Council for the Arts.

You can see the ‘test video’ below:

Smashing from simripp on Vimeo.

Our students not only had the valuable experience of working with Debra, but to be part of a crew that included DOP Evan Papageorgiou who worked on projects such as Baz Luhrmann’s The Great Gatsby.

We asked Michael and Shay how it went. There has been a break in student opportunities on location due to COVID. How has it been to be back on location? How is production different?

Shay: It has been great to be back on location. I really enjoyed it. I enjoyed the filming process especially. How we filmed in different rooms. I even got to be an extra too. It was different during Covid because I did have to fill in a Covid form before going on set. I also had to have my temperature checked every time I came on set. I also had to bring my own water bottle on set.

What expectations did you have about working on a film set? What was the same, and what was different? What was an unexpected good surprise?

Michael: I thought that there would be a lot of equipment – cameras, lights, microphones. I thought I would need to be very quiet and careful.

An unexpected good surprise was that I was able to be helpful and do what they needed. I was worried that I might not be able to do that. 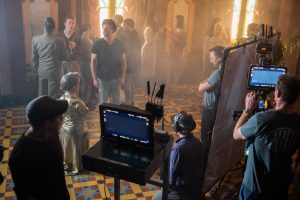 What parts of filmmaking do you like the most, and why?

Shay: I enjoyed helping out with props and unloading the van but I am most interested in sound production work. I also really enjoyed being an extra because I thought I was just going to help out as a sound assistant but I was surprised when I got asked to be an extra as well because I really like being in front of camera and having the opportunity to act. I also met some friendly people while on set.

Michael: I like seeing special effects like haze and smoke machine to create moods in the filming.

I like the way you can use and move the camera in different ways when filming to create different feelings. Like speed when following someone moving.

What’s it like working with this crew? What experiences are you learning from?

Shay: I enjoyed being with the crew – I helped microphone set up and placement. I enjoyed being on set and had fun helping out with sound recording. Louie was a great camera person because he was even part of a scene in the film.

Michael: I really liked working with Louie the Art Director. He was very friendly and easy to talk to. He explained things and told me about why they did things.

I learned that everyone has a job they need to do to make the film. You need to be prepared to do your task when needed.

This film is being made to screen on phones. How has the process been different to other productions?

Shay: It was different because we had to film different parts of the scenes in different rooms. And we had to refilm the same scene again and again and there was a lot of moving around to a different location in the building to film another scene.