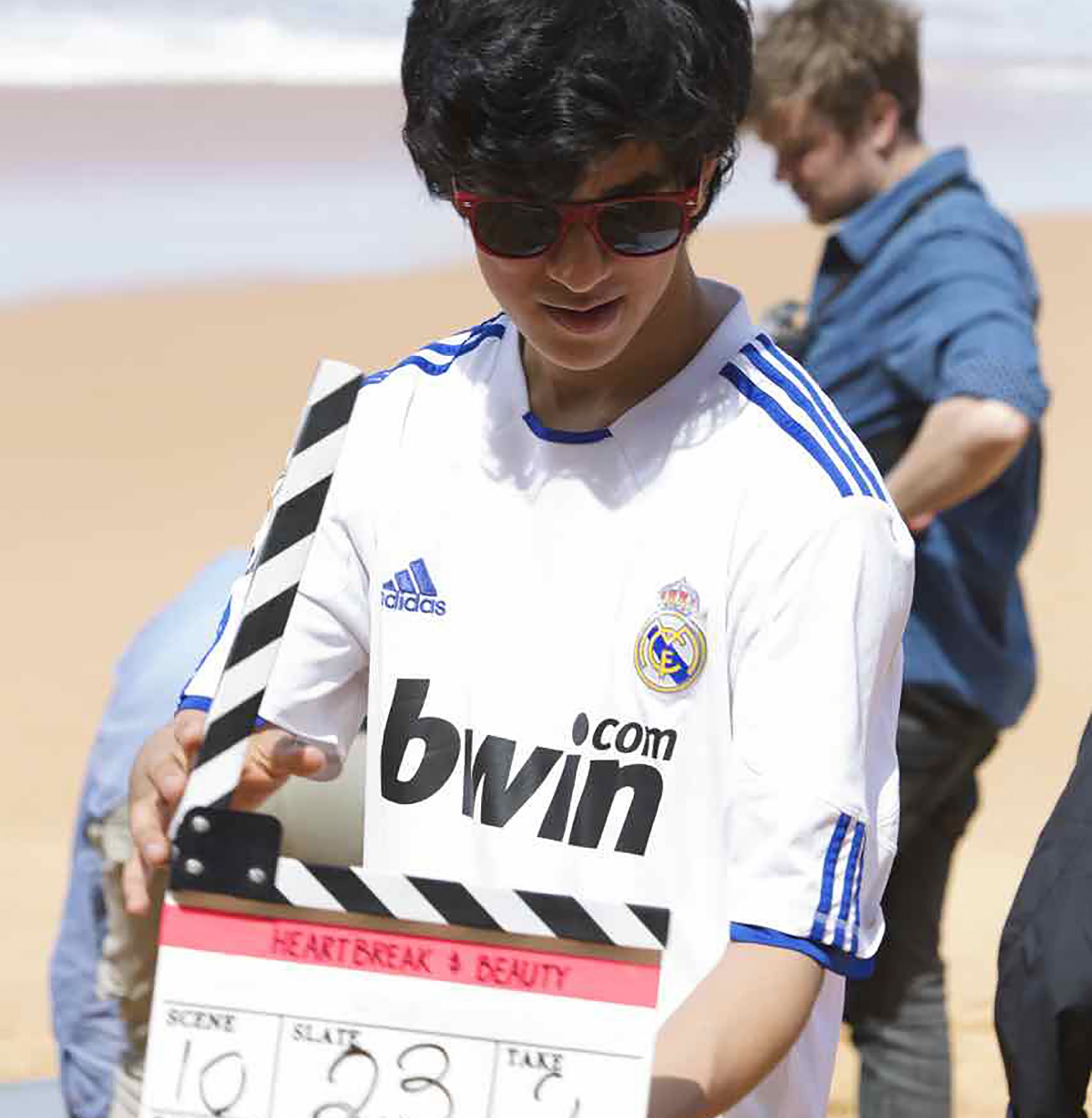 Genevieve Clay-Smith is currently in LA, with Bus Stop Film’s latest short, Heart Break & Beauty which screened today, to a packed audience! So we thought it was a great time to ask her a few questions.

HOW DOES PALM SPRINGS SHORTFEST DIFFER FROM OTHER SHORT FILM FESTIVALS?

ShortFest is the largest short film festival in the USA, so for that reason alone it is pretty amazing. This year, the official film selection was curated from over 3,400 submissions from 82 countries. Only 320 submissions were chosen to be screened and Heart Break and Beauty was one of them. So it’s pretty incredible to be here!

WHY IS SHORTFEST SO IMPORTANT FOR FILM MAKERS?

It is one of only a few Oscar qualifying Festivals in the world. First place winners in Live Action, Animation, and Best Feature categories are automatically qualified for nomination consideration by the Academy of Motion Picture Arts and Sciences. To date, ShortFest has screened 97 films that have gone on to receive Academy Award nominations.

AS A CO-DIRECTOR OF THE FILM, CAN YOU TELL US A LITTLE BIT MORE ABOUT THE PROCESS AND SUBJECT MATTER?

Heartbreak & Beauty is an experimental film that explores the notion that we are all connected through our shared experiences of love and loss through visual metaphor, dance and poetry, all from the perspectives of twelve people living with an intellectual disability. It was made last year in 2014, over the course of 10 months through weekly creative development workshops with 12 participants with an intellectual disability. Of these 12 people, 3 directed various scenes and 9 performed, I mentored Nathan, Libby and Robin as directors and oversaw the creative development of the project.

HOW DID PEOPLE REACT TO THE FILM?

We had an amazing reaction, the cinema was full and we had some great comments from the audience. About 20 minutes after the screening I got an email from a distributor who’s interested in acquiring the film, that was such a compliment.  I was extremely happy with this response because, I’m always wary that people’s reactions will probably be varied. The film doesn’t have a linear storyline, it’s experimental, and so you have to be open to interpreting everything. Some people have cried when they watch it, others, want to see it twice because they want to read more into it, for some, it’s not their cup of tea but they appreciate the project’s artistry and how it was made – the fact is gives a voice to people with an intellectual disability.

Overall people said they thought it was beautiful and moving.

IS THERE AN OPPORTUNITY OF WINNING AN AWARD?

There are a few different awards that all films are eligible for, like best film and audience choice, and all the films that have been programmed are eligible. Fingers crossed!

HOW IMPORTANT IS WINNING AN AWARD?

If the film took out an award, it would be a remarkable achievement for all the students at Bus Stop and the team, but just to be in the festival is great. We’ve already won because the film got selected! I feel very proud of all my amazing students, who worked extremely hard to do this film, the three directors, Libby Banks, Nathan Basha and Robin Bryan, did a great job collaborating with their classmates, and the 9 ensemble performers really stepped up. Being on set can be hard and everyone kept their cool during multiple takes, some of them had to lie on the ground for a long stretch of time take after take, everyone wanted to make this film and I’m proud of everyone.

HOW DO YOU PERSONALLY FEEL RIGHT NOW?

I feel very fortunate to be able to come to Palm Springs to raise more awareness about the film and I feel humbled to be able to have been a part of bringing this film to life.